The Blackfoot (or Blackfeet in the United States), are one of the three nations that make up the Blackfoot Confederacy. As of 2016, the Siksika count approximately 7,320 registered members,…

More Information About The Nation

Historically, the Blackfoot were buffalo hunters and warriors. Blackfoot and other confederacy member warrior societies had strict rules and often clashed with rivals like the Cree and Assiniboine. Relying solely on the hunt for subsistence, Blackfoot culture developed according to the demands and availability of the buffalo. Clans and groups moved from hunting ground to hunting ground, using jumps and runs to trap and harvest buffalo. Like other Plains peoples, Blackfoot used the travois—a sled-like apparatus usually pulled by domesticated dogs and horses—to transport their goods, including their highly mobile tipi dwellings.

The Blackfoot have a strong religious and spiritual culture that was passed on through oral histories. This culture includes participating in sweat lodges, the Sun Dance, using medicine bundles, and other means of purifying the body and soul. Sacred places include Head Smashed In Buffalo Jump, Writing-On-Stone and Badger-Two Medicine (below Glacier National Park).

The arrival of Christian missionaries in the late 19th century introduced significant changes to the Siksika lifestyle. However, oral traditions keep many of the traditional beliefs alive today.

The Blackfoot creation story takes place at Badger-Two Medicine in present day Montana. Although versions of the story differ according to the tribe, the Blackfoot generally believe that N’api (also known as Old Man or the Creator) created and is eternally part of all living people, creatures and life forms. N’api was believed to be light personified, and was therefore also considered to be the beginning of the day, the beginning of life. As in other Indigenous religions, the Creator is non-human and non-gendered.

The path to reconciliation cannot happen in isolation. We need to work together to learn about each other, appreciate and respect the differences as well as the similarities. The diversity of the world makes it beautiful and can make it strong. We look forward to hearing from you about how we can do this together. 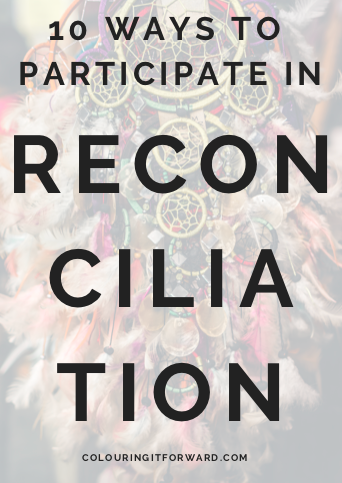